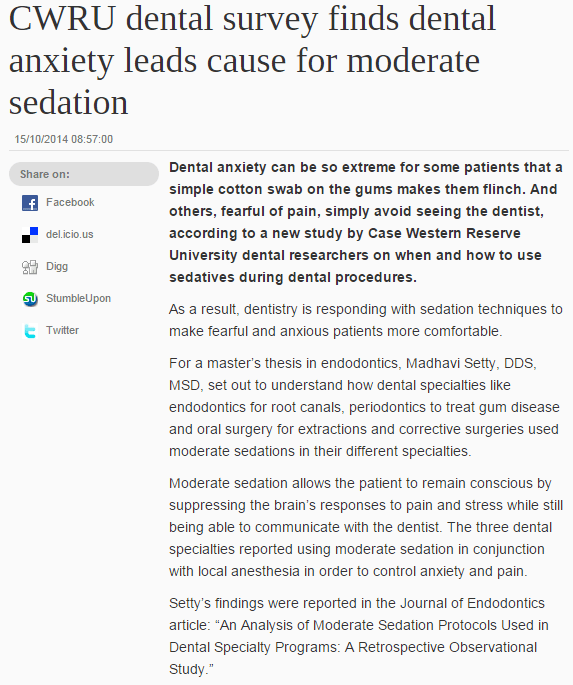 Anxiety is one of the biggest reasons why people refuse to seek medical attention, and this is especially true when it comes to dentistry. To this day, dentists in the U.S. employ a variety of ways to minimize the anxiety patients feel—particularly through ‘moderate sedation’ techniques whose effectiveness was recently explored in a study conducted by Case Western Reserve University (CWRU) in Ohio. The study, which was published in HealthCanal.com this October, is summarized as follows:

The study also looked at each patient’s age, sex and existing medical conditions, like high blood pressure, heart trouble or diabetes, that require consideration during treatments.

Researchers found moderate sedation was primarily used to calm anxiety in more than half of the patients (54 percent), followed by fear of needles (15 percent), local anesthesia failures (15 percent) and severe gag reflex and claustrophobia from the rubber dam (both 8 percent).

Moderate sedation is similar to the intravenous (IV) sedation procedure offered by an experienced dentist in Scranton, PA such as Dr. James C. DeFinnis. As the name implies, IV sedation is delivered via an injection to the back of the hand or arm. People who are sedated this way remain somewhat conscious throughout the procedure though do not feel any pain. However, those who have some breathing problems should inform their dentist about it at once, because they would have to wear an oxygen mask during the procedure. This is a minor inconvenience, though, given the prevalence of dental anxiety not only in the country, but also the rest of the world.

Dental anxiety isn’t exactly similar to the fear of going to the dentist, however. As the CWRU study reveals, some people simply feel uncomfortable about being strapped to a chair with limited freedom, while others do not like the numbing feeling they get from anesthetics. A sedation dentist in Dallas, PA knows best how to alleviate these fears prior to any procedure.

As of February 2014, researchers estimate that as many as 5 to 7 percent of all adults have dental anxiety in some way or form. Of this group, about 50 percent of developed dental anxiety while they were kids, while 23 percent said they acquired it as adults. More interestingly, the majority of those who have had dental anxiety since childhood said they got it from their parents’ experiences. Parents with dental anxiety have all the more reason to consider sedation dentistry because their experience may also shape their children’s perceptions of dental care. 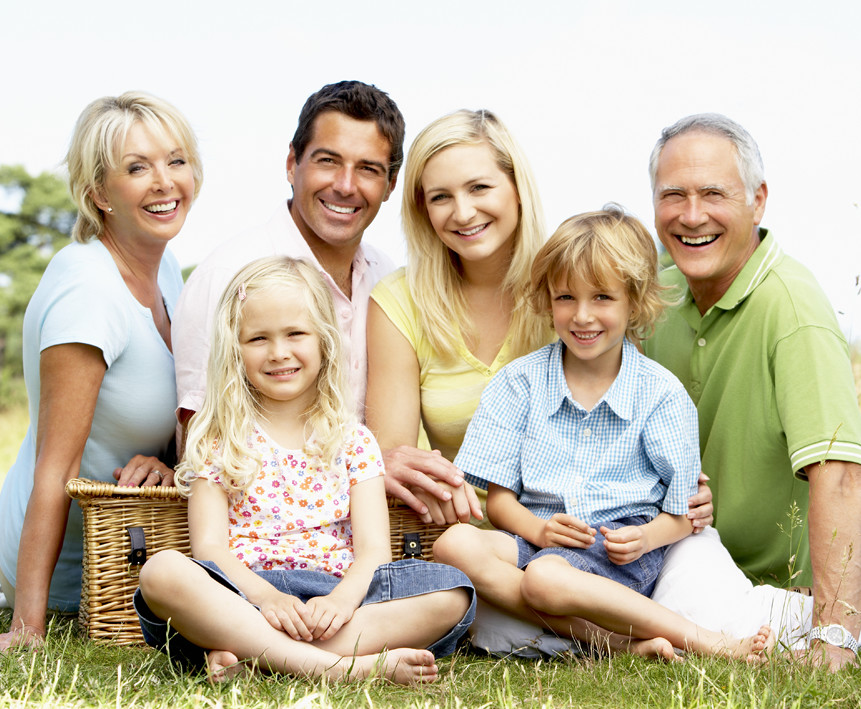